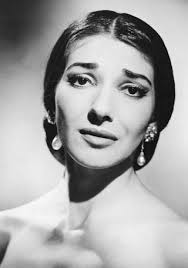 Maria Callas. Two words that remind me of suffering and pain. Everything else connected with her, in my eyes, comes second.

With what did she deserve all that life gave her? And with this I don’t think about the heights she has reached in art. I think about the misfortune that followed her for 55 years.

The other day I read an astrological analysis about her. Simply, I remained without comment: the astrologer interpreted the aspects and positions of planets in the birth chart as it suited him. Alas, we will make astrology speculative fun, if we go along that way.

And I've learned two things. The first is: you must be up to date with the stuff you write about. You cannot write about some composer's or  singer's life, without having an elementary knowledge of music. And the second - you just need to feel it.

Callas's ascendant cannot be Sagittarius, Capricorn, Aquarius nor Aries. I have read at least five different analyzes, in which every astrologer interprets things in his own way. I’ve once seen on internet that Callas has ordered on two occasions natal chart for herself, and she gave her hour of birth – both times the same. We must take that into consideration. But we cannot escape from the obviousness that pierces our eyes.

With my considerable knowledge of music, and with my modest knowledge of astrology, today I have no doubts that she was born with the Uranus on the ascendant. A sign of a genius. And how do I back that up?


To sing Wagner and Bellini in just one week distance, that’s not just rare, it's outstanding accomplishment. Ingenuity. Impossibility. Nowadays if you ask a soprano to sing Brunhilde and Amina in just one week, she would laugh at you as you were a fool. Callas made a true revolution with the roles of the “Belcanto”. She "dug" in the dust and revived many forgotten operas. With her, Donizetti and Bellini “resurrected”, together with Charpentier, Spontini and Catalani. She could learn the roles in record time, and not only her's, but her colleague's also, on occasions prompting the text to their ears. And the voice? Cold, metallic, creepy. It horrifies you. No softness, no tenderness. True Uranus.

Now you just have to rectify the birth chart and to see the options: the timings from 12:00 to 12:30 on 2nd December 1923 are convenient. The more Uranus is closer to the ascendant, the more your rectification is correct. Maria with Pisces rising? Surprisingly, but it matches with ruler Neptune in 6th house – isolated life, dedicated to art (Neptune) that becomes mystical. In Leo – Italy and France, both ruled by Leo, where she spent her entire life. Rome and Paris, both ruled by Leo. They say she died from heart failure (Leo), but it's unknown (Neptune) whether that was the right reason. The hour 12:15 PM suits best, when Fixed star Formalhaut is rising on the ascendant. 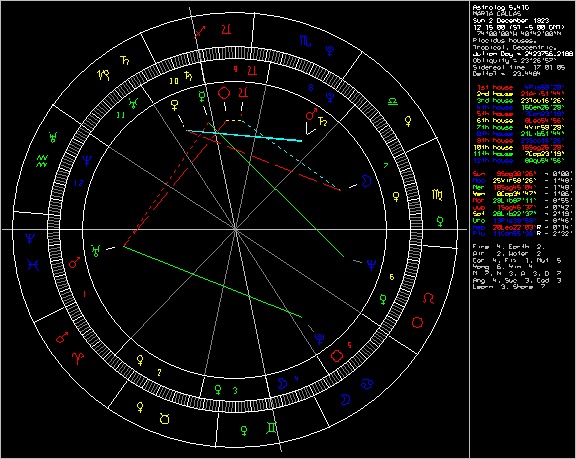 Bulk of planets in 9th and 10th house – fame and glory. Ruler of the 4th in the 10th house – private life exposed in the media, up to tiny details (and it was Mercury – tabloids! Details!). 7th house is in double sign (Virgo) – more than two marriages (in her case second marriage never occurred, but she had two life companions). Again Mercury is the ruler (in Virgo), – both Meneghini and Onassis were Virgos!

Jupiter in Sagittarius in 9th – benefits from abroad, voyages make life better (cosmopolitan life also: she is Greek, born in USA, childhood in Greece, life in Italy, the end in France). Saturn and Mars in conjunction in 8th – she was cremated, burned after her death. 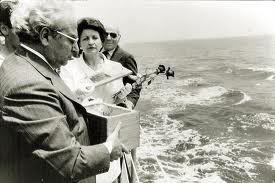 Her ashes were thrown into the Aegean Sea, while "Casta Diva" was played on a megaphone with her voice.

Everything is clear. You don’t have to blur the water. If you want to confirm, just check the transits throughout the years, the solar returns and the primary directions, and all will come out. 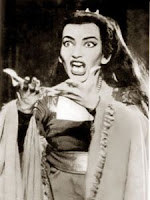 And at the end the whole point from the birth chart comes from Pluto in 5th house in Cancer. The huge, almost fatal suggestiveness upon the audience (Pluto – fatal influence, in Cancer – mass of people, all that people in 5th house – they are on the stage, they are the audience!), the impressive stage acting (sounds unbelievable, but there is not a single video from opera performance of hers, the myth was born only from eyewitnesses – to me, it seems that Pluto again has lid it's fingers!), than the mark she left like a singer and artist upon her's and next generations to come, the fatal love that led her to her own death (Pluto – suffering, death, in 5th – love), the stillborn child, or just with one word: life of “Ridi Pagliaccio”…

That’s my thesis. I dared to offer it with different hour even from the one she gave to her astrologers from her birth certificate. However, it was 1923. Mistakes are possible.

But not with the astrology.


If you take it seriously. 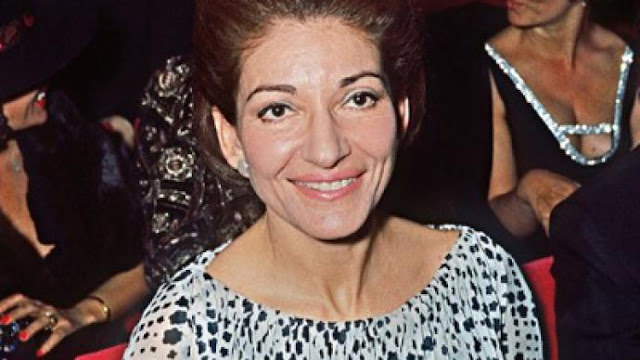 Posted by Astrology Talking at 8:03 AM